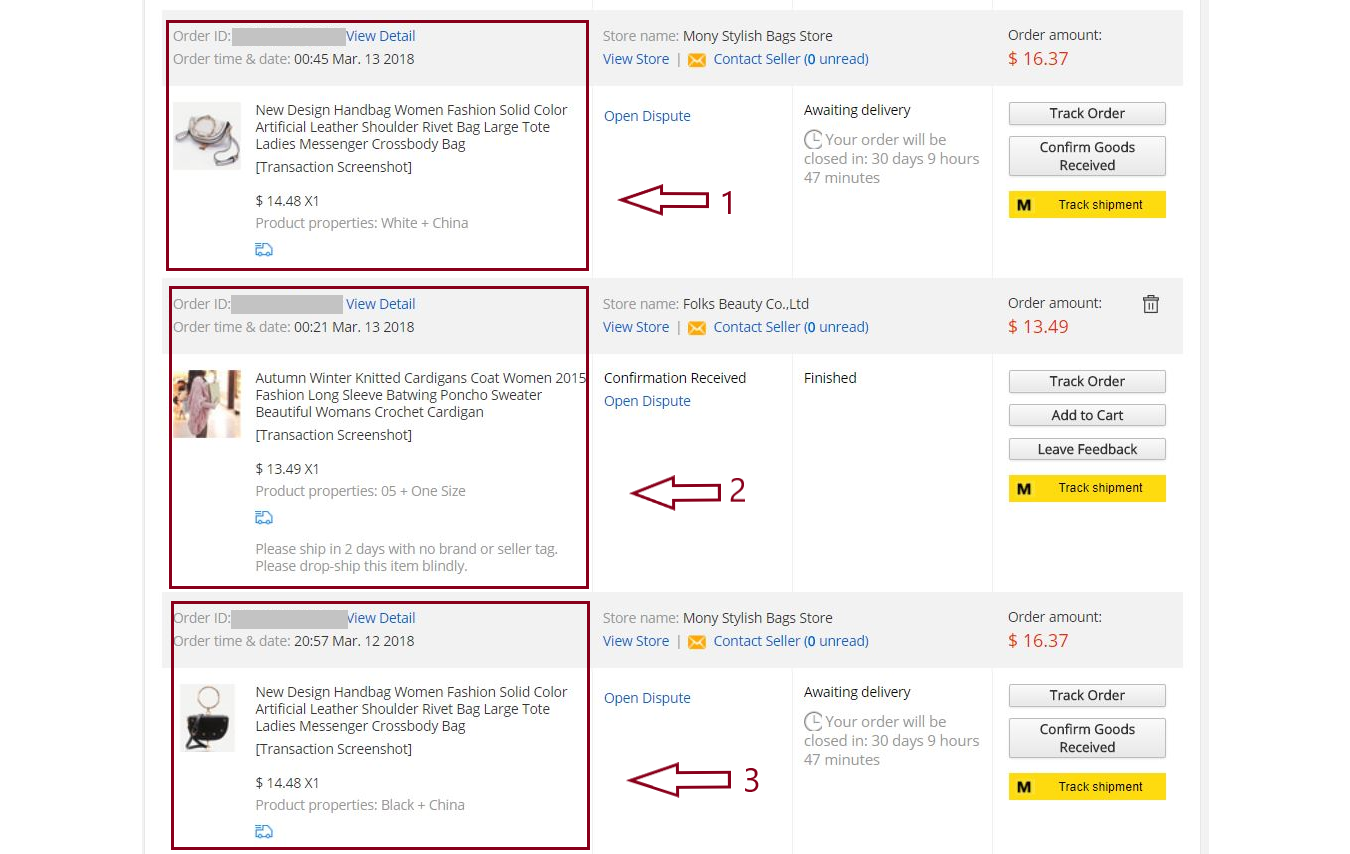 There is a certain pattern of changing the number. Let’s consider an example.

Last 4 digits is the user ID on the system. If you make orders from the same AliExpress account then all the numbers end with the same digits. These digits don’t change.

The digits before the ending of the number are more important. Every following item number is greater then the previous. The original number of the order is order number on AliExpress.

You can track them by the date of the order and average cash back amount.

We wish you profitable purchases with Megabonus cash back service!

Did this answer your question? Thanks for the feedback There was a problem submitting your feedback. Please try again later.
Last updated on April 13, 2021